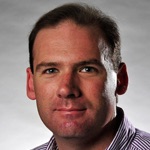 My primary research interest is in understanding the origins of novel features in evolution, in particular how new genetic features appear and are altered by natural selection. For instance, I have previously studied why bakers’ yeast is able to turn sugar into alcohol with such efficiency. Although we still do not understand all the details of this story, work by many researchers has identified several important changes. Genes that produce ethanol have been duplicated in the yeast genome, and those duplicates have acquired subtly different functions. We think duplications contribute to the process of evolving new functions in two important ways. Firstly, it is sometimes enough to have a second copy of a gene to obtain a new function. The reason is that genes are the templates from which the machinery of the cell is made. Having an extra copy of a gene can therefore allow more copies of a given protein to be made, potentially allowing the cell to grow faster. Perhaps more importantly, these extra copies of genes can be altered such that they perform a new function that is related to their original function, much as computer users often open an old letter and then modify it to make a new one. In addition to gene duplication, bakers’ yeast has also changed in other ways: the timing with which certain genes are turned on and off has also been altered, allowing yeast to more closely control how it uses the sugar it finds in its environment.My research is thus focused on comparing the genomes of a number of animals, trying to understand, for instance, why certain genes are missing or present in extra copies in certain genomes. I work with these genomes computationally, using tools such as network models, probabilistic models of molecular evolution and sequence alignment algorithms. The goals of the research are very broad: understanding novelty is an old and central issue in evolutionary theory, but it is also a question of practical importance. Humans are dependant on a wide variety of organisms, and our ability to use these organisms efficiently depends on understanding how their genes can or cannot be altered for our needs.